BeMetals Corp. (TSX-V: BMET, OTCQB: BMTLF, Frankfurt: 1OI.F) is the new player in base and precious metal exploration and development.

BeMetals was created by founding executives of B2Gold Corp. (NYSE: BTG & TSX: BTO) and formerly of Bema Gold Corp.  Our Company aims to generate significant value for shareholders by incrementally growing into a major metal producer through prudent acquisitions of quality exploration, development and production stage mineral projects. This strategy is directed by the Board, key members of which have an extensive, proven track record in delivering considerable value in the mining sector through the discovery, construction and operation of mines around the world.

BeMetals is currently focused on advancing the development of its high-grade South Mountain Project in southwestern Idaho, U.S.A. (“South Mountain”) and the Company is actively exploring its Pangeni Project (“Pangeni”) in the western extension of the Central African Copperbelt in Zambia (the “Copperbelt”). South Mountain is a high-grade zinc-silver polymetallic deposit that has extensive existing infrastructure in place.  Given positive future drilling and metallurgical results, the Company envisions South Mountain as becoming a high-grade zinc mine with relatively low capital requirements.  Pangeni is an early-stage copper exploration project located in a largely underexplored region of the western extension in the Copperbelt. The Copperbelt is one of the most prolific copper producing regions in the world and hosts numerous world class copper-cobalt mines.

Additionally BeMetals continually evaluates many promising exploration, development and production stage projects internationally. Potential projects are identified through target generation of the highly experienced team, and the Company benefits from the very extensive deal flow generated by the network of directors, advisors and management team. 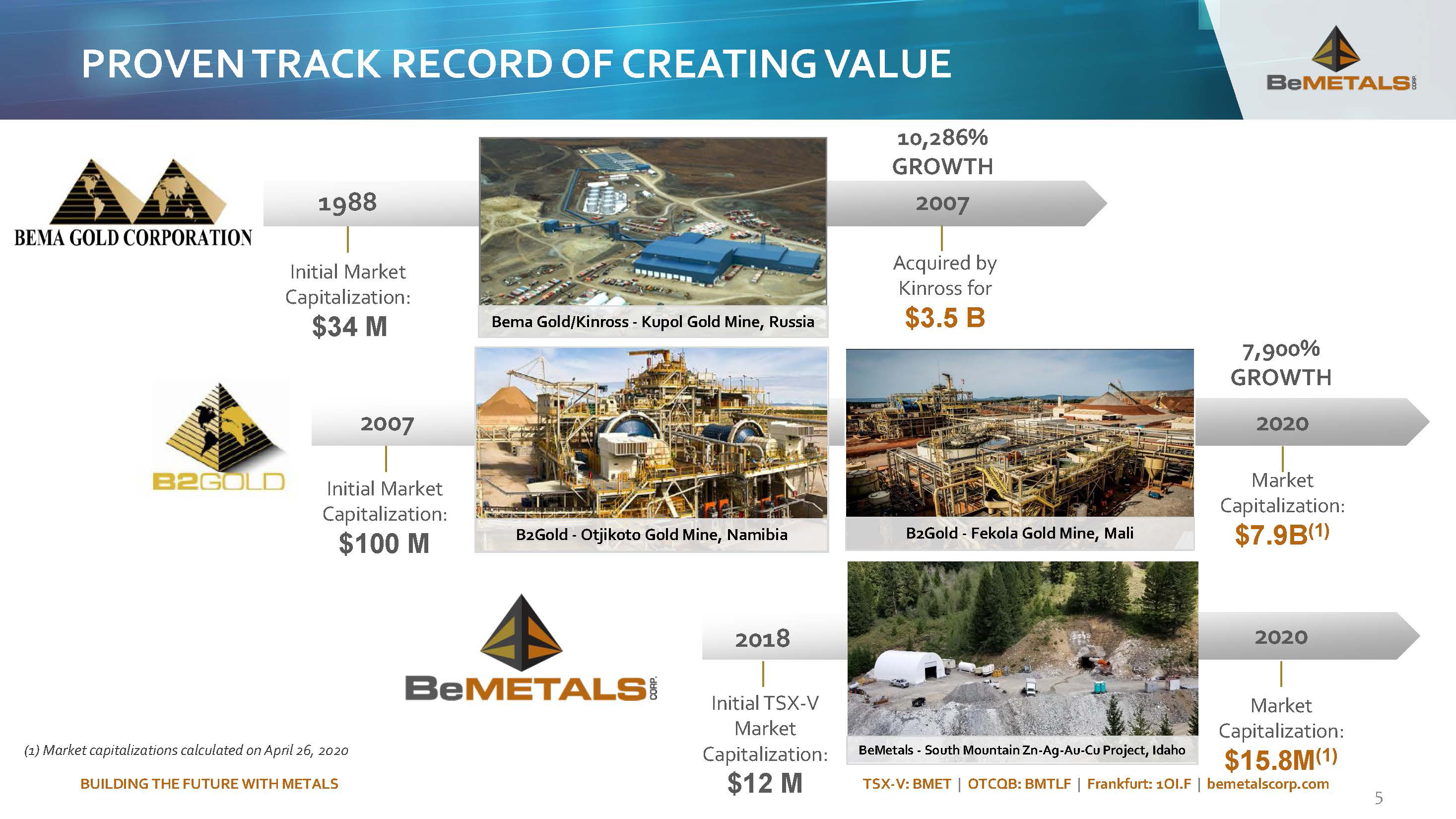